Buddha-Vibes - the future is now!

Nikola Tesla - The genius and the weather war.

Nikola Tesla - The genius and the weather war. 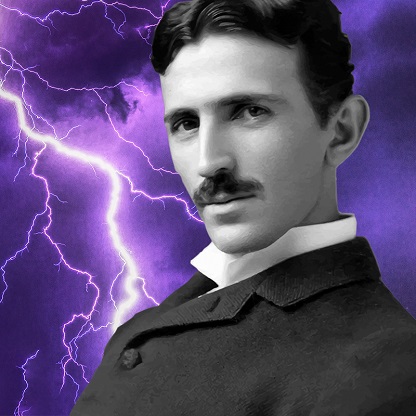 Nikola Tesla was a man of remarkable creativity. In the 1920s he filed patent after patent, development after development, discovery after discovery he made during his remarkable life and research.

The electric razor and alternating current are among his most publicly known discoveries/inventions today (Edison used direct current).
Tesla discovered much more, however.

Every celestial body, including the earth, vibrates at a certain "energetic frequency". All life is movement. Tesla discovered, among other things, that the earth is surrounded by a field which he called "standing waves". These standing waves are in relation with the Schumann frequency, the natural oscillation of the earth. By means of this field, which extends like a Gaussian bell curve from the earth's surface to the atmospheric layers, not only information can be transmitted to telecommunications, but also the weather can be controlled. And that's exactly what's happening here right now.

Tesla's research in Colorado, USA was sponsored by an East Coast banker - J. P. Morgan. In return for this financial support, Morgan received large parts of Tesla's patents, which he "disappeared in the safe", because people who have unlimited access to "free energy" cannot be exploited. There is nothing left to earn from them.

J. P. Morgan, with Manhattan Chase Bank, is today the largest investment bank in the world, next to Goldman-Sachs, and is owned by the family around the recently deceased David Rockefeller, who was the record holder on earth with six transplanted hearts. There is a group of people who make billions from the oil we pay for, even though we could have unlimited and free worldwide access to free energy for a long time now, thanks to Nikola Tesla's (re)discoveries.

The current weather war, which has been going on for some time, cannot be seen without the "extraterrestrial agenda". The (still continuing) dominance of the Orion Federation in this arm of the Milky Way, which is not called the "Orion Arm" in science for nothing, is curtailing the beings of this wonderful planet in their free and God-given development. All this will soon cease - we are moving into an age of love.

We are not human beings having a spiritual experience - we are spiritual beings having a human experience.
So, I've decided to take my work back on the ground, to stop you falling into the wrong hands.
Life is a videogame. Reality is a playground. It's all about experience and self-expression.
ZEN is: JOYFULLY walking on a never-ending path that doesn't exist.
They tried to bury us. What they didn't know - we were seeds.
In the descent from Heaven, the feather learns to fly.
Ideally, we get humble when we travel the Cosmos.
After school is over, you are playing in the park.
Although, life is limited - Creation is limitless.
Fuck you Orion, Zetas and your evil allies.
Seeing is believing. I do. *I shape*.
'EARTH' without 'ART' is just 'EH'.
Best viewed with *eyes closed*.
Space. It's The final Frontier.
Real eyes realize real lies.
Creator and Creation.
We are ONE.
I AM.